100% of our experience of life is created by our thoughts 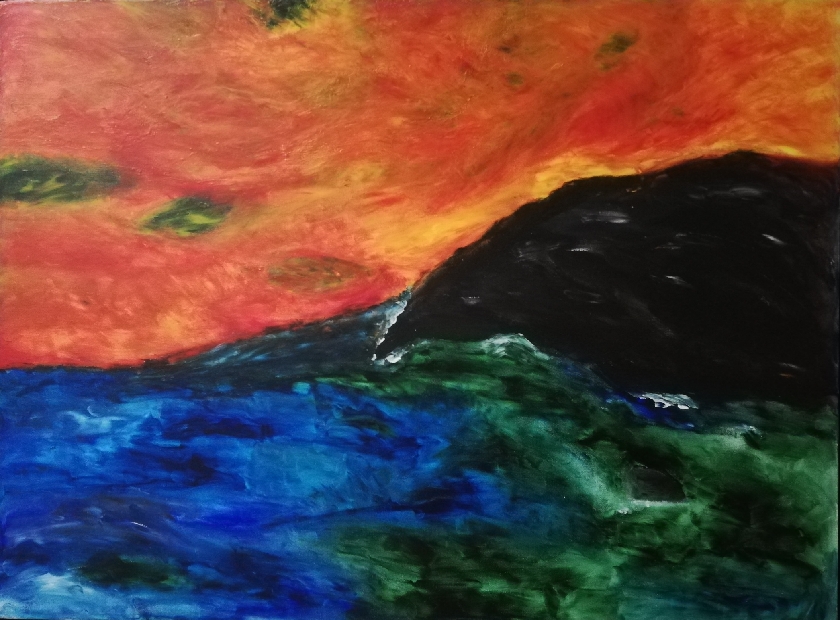 My father's death revealed to me this universal principle.

When my mother told me that my father had passed away, it was as if she had suddenly pulled the rug under my feet. Destabilized, I had not a moment to think about stopping myself before I found myself falling down. I quickly felt empty, like the deserted shells of the hermit crabs I had found on the beach the week before.

The start of the school year was not far away and the idea of having to go through the marathon of information sheets to be filled in for each teacher (with in front of the section "father's profession"; died on 7.7.1977) filled me with anger. I did not understand that the God I believed in did not find it enough to overwhelm me with the death of my father and forced me to go through these meaningless trials. This "injustice" fueled my anger throughout the first week at school.

After this first week, I kept falling and my fall seemed endless to me. I was thinking back to Alice, the one in Wonderland, and realized that I had not yet reached the bottom. In the evening, in the darkness of my room, I tried to establish contact with my father. My state of mind was bargaining and my speech was something like that: "since you abandoned me, from where you are, can you at least give me the courage to dive during the next swimming training?". This dialogue attempt quickly turned into a monologue. I felt isolated, like an oyster trying to digest a foreign body. Fortunately, my fall was coming to an end and I was soon reaching my drop point. I felt like I had made an incredible journey. As a marathon runner, I now felt able to cover all distances and overcome all obstacles. Alice's words came to mind: " after such a fall as this, I shall think nothing of tumbling down stairs! "... and then I wondered what wonders would happen to me:

The grain of sand was turning into a pearl! I replayed the film of my fall, and like a director, I scrupulously observed each scene. And then something struck me: How could ONE real event (the death of my father) be the source of such diverse feelings: despair, anger, sadness, peace of mind?

I deduced from that:

WE CAN ONLY FEEL OUR THOUGHTS.

THE REALITY APPEARS TO US ONLY THROUGH THE FILM THAT OUR INNER FILM DIRECTOR IS MAKING.

What seemed to me to be a revelation is in fact the universal law that applies to the psychic. It is the counterpart of the law of gravity that applies to physical bodies.

Once we have understood the universal physical principle of gravity, we no longer try to drop objects in the hope that they will not fall. We know that the fall is inevitable.

Once we have understood the universal principle of how our psychic works, we no longer try to limit our experiences in the hope of monitoring our emotions.

In the same way that we immerse ourselves in the scenario to fully experience the emotions of the characters in a fim, when we know that our emotions can only be the expression of our thoughts, we allow ourselves to live fully.

A second question came to my mind: Why do we try to change our environment in the hope of being happier if we can only feel our thoughts? I was thinking of my parents' colleague who had changed jobs to feel more fulfilled and who was still as unhappy as ever. There are many examples: you feel bad about your job, you believe that it is the job that is at stake, you change and, after a period of grace, the discomfort reappears. To date, I still don't have an answer to this question, but it is clear that we always focus our research where we see more clearly... and isn't our external environment more "readable" than our inner thoughts?

If you want to know more about this universal law: